How Will Payday Loan Changes Affect Me? 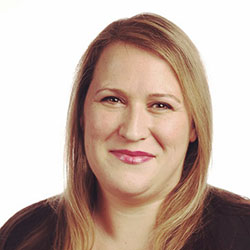 Changes are on the horizon yet again for the payday loan industry. The Consumer Financial Protection Bureau (CFPB), the regulatory body that governs the payday loan industry, plans to scale back certain parts of its 2017 payday lending rule, which could increase loan access to consumers—with possible additional risk. The CFPB's latest proposed changes remove a provision requiring payday lenders to verify whether borrowers can pay back their loan before issuing payday loans.

The ability-to-pay requirement was originally designed to protect consumers from borrowing more than they could afford to pay back. Under this provision, payday lenders had to perform a full-payment test to determine upfront whether borrowers could afford to repay their payday loans without re-borrowing.

Proponents of the proposed changes contend they will widen credit options for consumers, while opponents believe they will put more borrowers at risk. If you're a borrower who uses payday loans from time to time, the most important question on your mind is probably how these proposed changes might impact you. Read on to find out.

A payday loan is a small-dollar, high-cost loan borrowers often use to help make ends meet until their next paycheck. The loans typically feature short payback terms of two to four weeks, with heavy financial consequences if full repayment is not made on time. These loans often cause problems for consumers because of their expensive rates, high fees and balloon payment demands. (A balloon payment is a large payment due all at once at the end of the loan.)

In 2017, the CFPB enacted new rules to make payday loans safer for consumers. The final payday rule issued by the CFPB called payday-style loans "unfair and abusive" unless lenders took reasonable steps to make sure potential borrowers could afford to repay the loans as agreed. Some of those required steps have been removed under the new changes.

The CFPB's latest proposal comes on the heels of an April 2018 lawsuit in which two payday-lending trade groups sued the federal government in an effort to stop the rule they claim would destroy their business model.

How Proposed Payday Loan Rule Changes Could Affect You

Now that the CFPB has proposed a rollback of certain parts of its 2017 payday loan rule, here's a look at how the new changes could affect you if you need to apply for a payday loan in the future.

The Downsides of Payday Loans

Payday loans can help consumers with immediate cash flow problems, like covering the cost of a car repair when they don't have any emergency funds to draw on or a credit card they can use. Yet the loans often also come with a lot of unwanted baggage: annual percentage rates as high as 400% or more and fees as high as $10 to $30 for every $100 borrowed.

People who lean on payday loans can find themselves in a vicious cycle whereby they have to extend the loans or take out new loans to pay the old ones off, incurring more fees and creating even bigger financial obstacles to overcome.

In states that allow the practice, borrowers may be allowed to roll over their loan into a new one with a later due date. States that do not allow roll-over loans may permit borrowers to renew or take out a new loan on the same day the old one is paid. If you renew or roll over your loan instead of paying it off by the due date, you'll pay a fee to essentially push your due date out. This fee is extra and doesn't reduce the principal loan amount you owe.

According to the CFPB, over 80% of payday loans are rolled over or followed by another loan with 14 days.

Payday Loans and Your Credit

Another strike against payday loans is the fact that they won't help you to build positive credit. Why not? Payday loans generally don't appear on your credit reports.

Of course, there is one exception to this rule. Payday loans might show up on your credit reports if you fall behind on your payments. If you go into default on a payday loan, the lender may sell your unpaid debt to a collection agency.

Should You Take Out a Payday Loan?

It doesn't look like payday loans will be going away anytime soon, but that doesn't mean they're necessarily a good choice for you. You'd probably be better off working with a bank or online lender if you find yourself in a position where you need to borrow money in an emergency.

You also shouldn't assume that payday loans are your only option, even if you don't have the best credit rating right now. There are lenders that specialize in working with people with bad credit, albeit usually at a higher cost. And while interest rates on a bad credit personal loan may be steeper than what you'd be getting with better credit, they're still likely more affordable than a payday loan.

As a rule of thumb, only consider turning to a payday lender after you've exhausted all of your other options.

It's Time for That Loan

Whether you are shopping for a car or have a last-minute expense, we can match you to loan offers that meet your needs and budget. Start with your free FICO® Score.

Marriott’s New Rewards Program: What You Need to Know

How the New Tax Law May Affect You

What Happens if I Default on a Payday Loan?

Can Payday Loans Be Consolidated?

How to Break the Cycle of Payday Loan Debt

What Is a Payday Loan and How Does It Work?

Multiple Inquiries When Shopping for a Car Loan

How to Get a Personal Loan Without a Credit Check

Get It on Loan

Discover loan offers with rates and terms that fit your needs.