Time to think about next year’s strategy for the Big Game? Here’s what you might be missing. 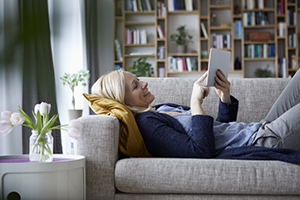 This year’s Big Game produced an exciting, close football game, a buzz-worthy halftime show, and many star-studded commercials. Spots that cost brands more than $5 million for thirty seconds. Yes, the viewership of 102 million viewers is unmatched by nearly every other televised event and is one of the only times that families sit down together to watch a program in real-time. So, while many advertisers take advantage of that opportunity, most aren’t also considering another opportunity – which is to advertise to those who do not watch the Big Game. Believe it or not, there is a significant number of people who chose not to view the Big Game and instead watch other programs or spend time shopping. Advertisers who take advantage of this pool of individuals who aren’t being targeted might end up being the ultimate winner.

I recently published a byline for Broadcasting & Cable that took a closer look at the opportunities that exist for both those who do and those who don’t participate in the football madness of the Big Game. To learn more about Experian’s marketing capabilities, including identity, data, activation and measurement, visit https://www.experian.com/marketing-services/.