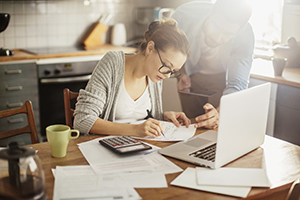 Anne is the chief marketing officer for a large home furnishings company.  She uses both direct mail and addressable digital to market her company’s products.  Last year, it was becoming painfully apparent that the returns on her marketing investments were declining in both channels.  Consequently, Anne turned up the heat on her direct marketing group to improve campaign performance.  Their challenge was finding targeting data that was both useful and permissible.  Useful in that it added to predictive power of their targeting models, e.g., the addition of the data would increase the direct mail campaign response rates.  Permissible in that the use of data was not in violation of either corporate policies or federal/state laws.  While some new data elements were enticing, they failed to pass her compliance department’s evaluation regarding permissibility.  Additionally, some specialty firms proposed using their targeting models.  However, the compliance department once again needed to approve the underlying data elements.  It was during this process that these models would also be rejected because they used what was deemed to be sensitive data. Anne and her team became increasingly frustrated.

Fortunately, an analyst in Anne’s group who was researching new data sources came across a new class of what appeared to be compliant scores.  The scores were called ConsumerSpendSM  and provided estimated annual household discretionary spending across ~ 10 categories, including home furnishings.  Before the targeting team devoted any time and money on testing the scores, they submitted them to compliance for approval.  After they were approved by compliance, the targeting team back-tested the scores and determined that the ConsumerSpend scores appeared to have the potential to improve campaign response rates.  The time had come for a live test in an upcoming direct mail and digital campaign.  After the live campaign had fully cured, it was confirmed that they had found a new suite of compliant scores that had improved their return on marketing investments.

In today’s environment, where compliance departments have become increasingly concerned about how marketing data is sourced and used, the challenge is to find new data that is both useful and permissible.